This week’s schedule follows a similar pattern to what we’ve seen up to this point. However, the busy days are a little less busy this week and you likely won’t have to deal with overload as much as you usually do. That makes focusing on the Tuesday and Thursday players less important than usual this week. Some of our top streaming options will still come from the Tuesday/Thursday teams, but unlike most weeks up to this point, the back-to-back sets tied to Wednesday and Friday will not be useless. This will be the case in the New Year as well. The post-Christmas schedule looks more like previous years’ schedules than what we’ve had up to this point. That will make streaming easier during the second half of the season and will increase the impact that skill has on each matchup. 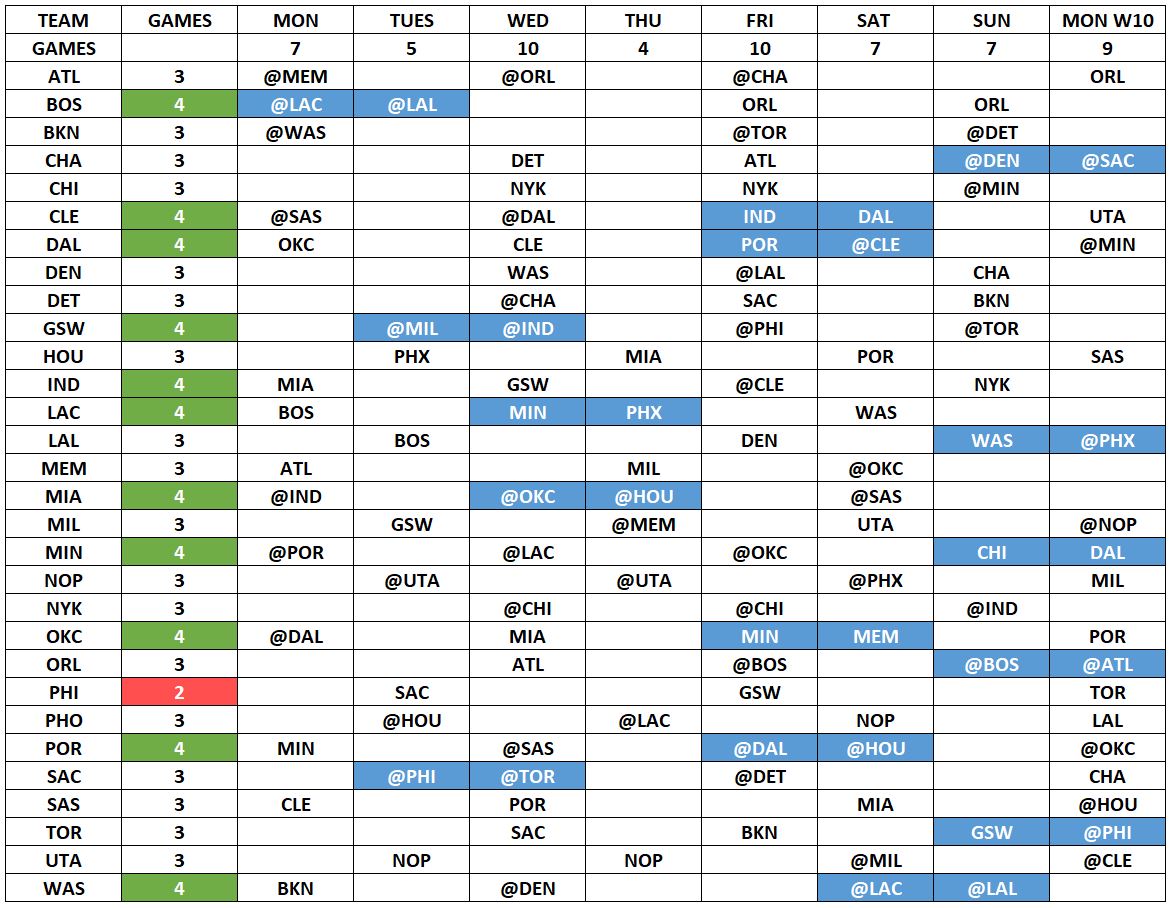