After this week, we will be 40 percent of the way through the fantasy regular season in most H2H leagues. If you’ve been dealt a bad hand so far—and many of us have given how many injuries we’ve had to deal with—you don’t want to panic, but you do want to start going all out with the streaming. There is plenty of time left in the regular, but we do not want to bank on a late-season comeback. We want to make our move now in case we run into injuries later in the season as well. To make sure that you are picking up the right players, start using the Matchup Tool if you don’t already. That tool makes it very easy to track your matchup and make mid-week adjustments when necessary. It makes testing out different streaming strategies a piece of cake. 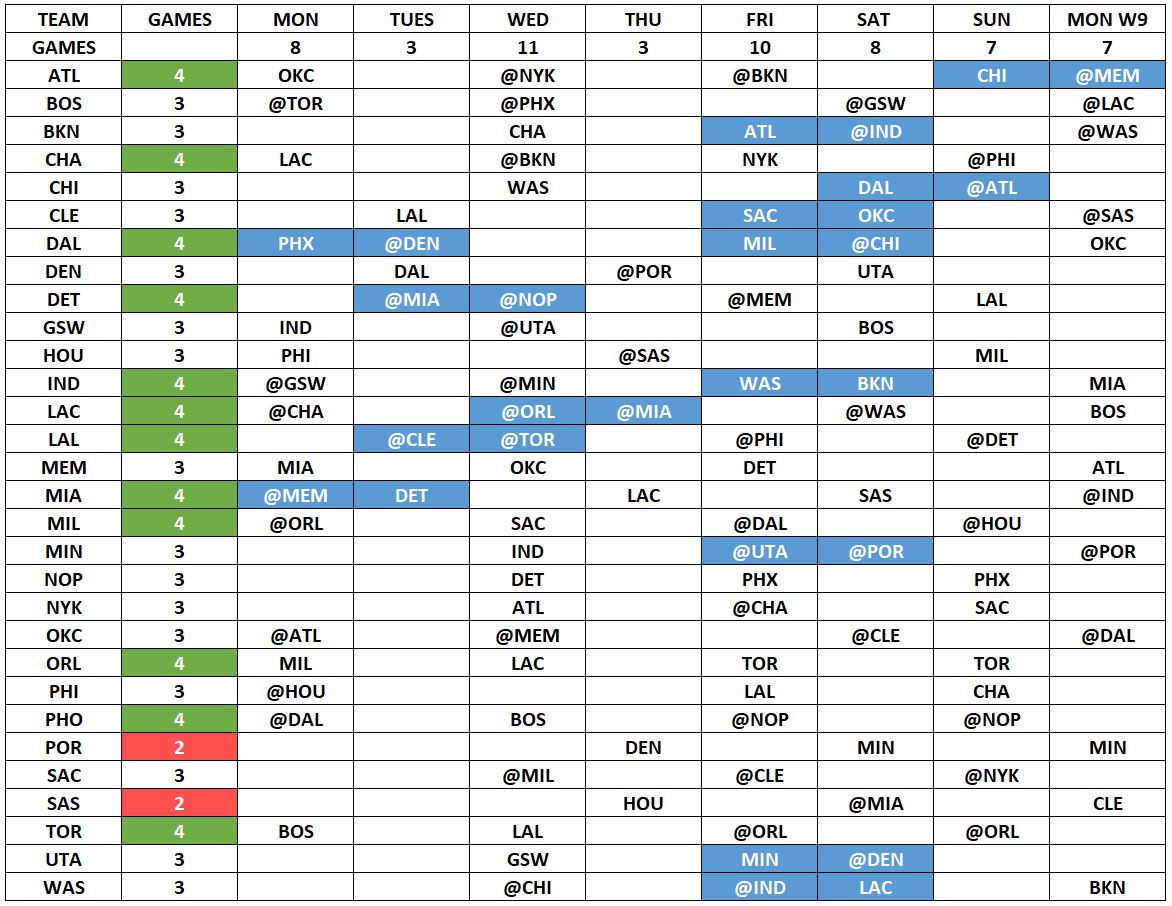